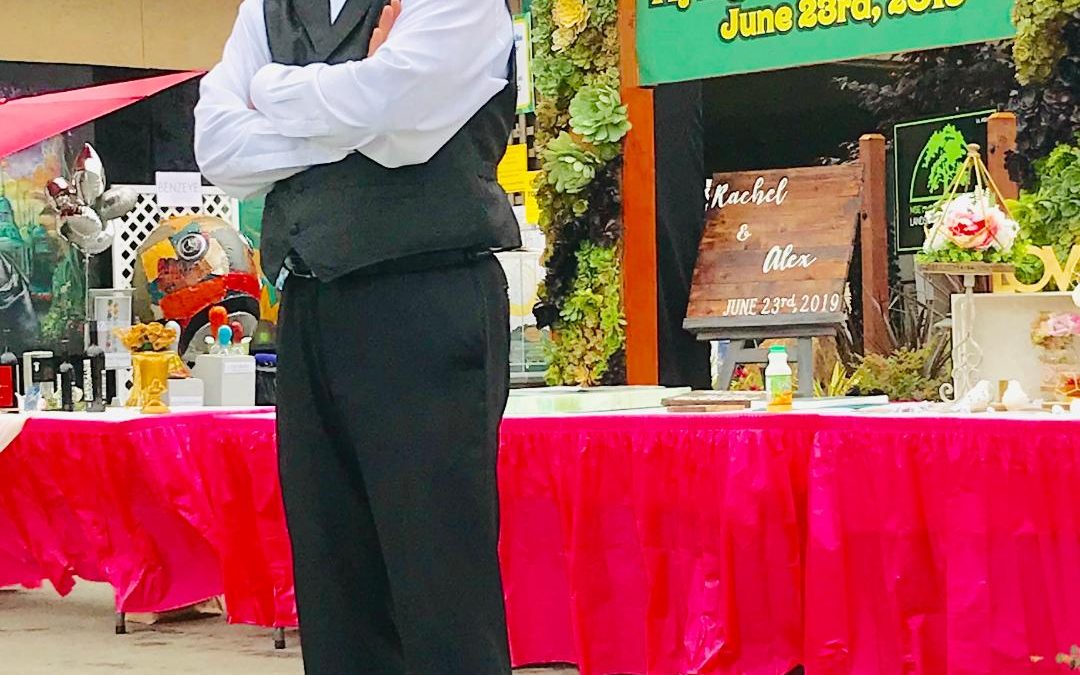 DJ Jerry Beck stepped away from weddings and music for a couple of hours to design, create and construct a vignette at the San Diego Fair.

The idea came to him after a good nights sleep. By 9a Jerry was at Loews, Michaels and Hobby lobby looking for materials that was in his vision. It wasn’t till he went into Home Depot and started speaking with an employee about his vision that it started to materialize. All of a sudden the vision of the floor became clear. Then the art that Jerry would draw and paint on the walls became clear. With that clarity Jerry began to purchase the items that he needed to complete the task. Red paint… check! Yellow paint… check! Green paint… Check! Brushes, drop cloth, rollers. Leaving out with a basket full of stuff. Armed with that and a vision. Scary!

When Jerry Beck arrived at the fairgrounds he was on a mission! Focused like a laser beam on the creation of this vignette with the theme of the wizard of oz. After slapping paint on the walls. Buzzing around the 10 X 10 area like a bee. Masking off areas to get straight lines then trying to free hand some of the lines…. A day and a half later… done!

No you can view it at the San Diego Fair in the O’brien hall with all of the vignettes. Thank you in advance for stopping by my booth and taking a card.